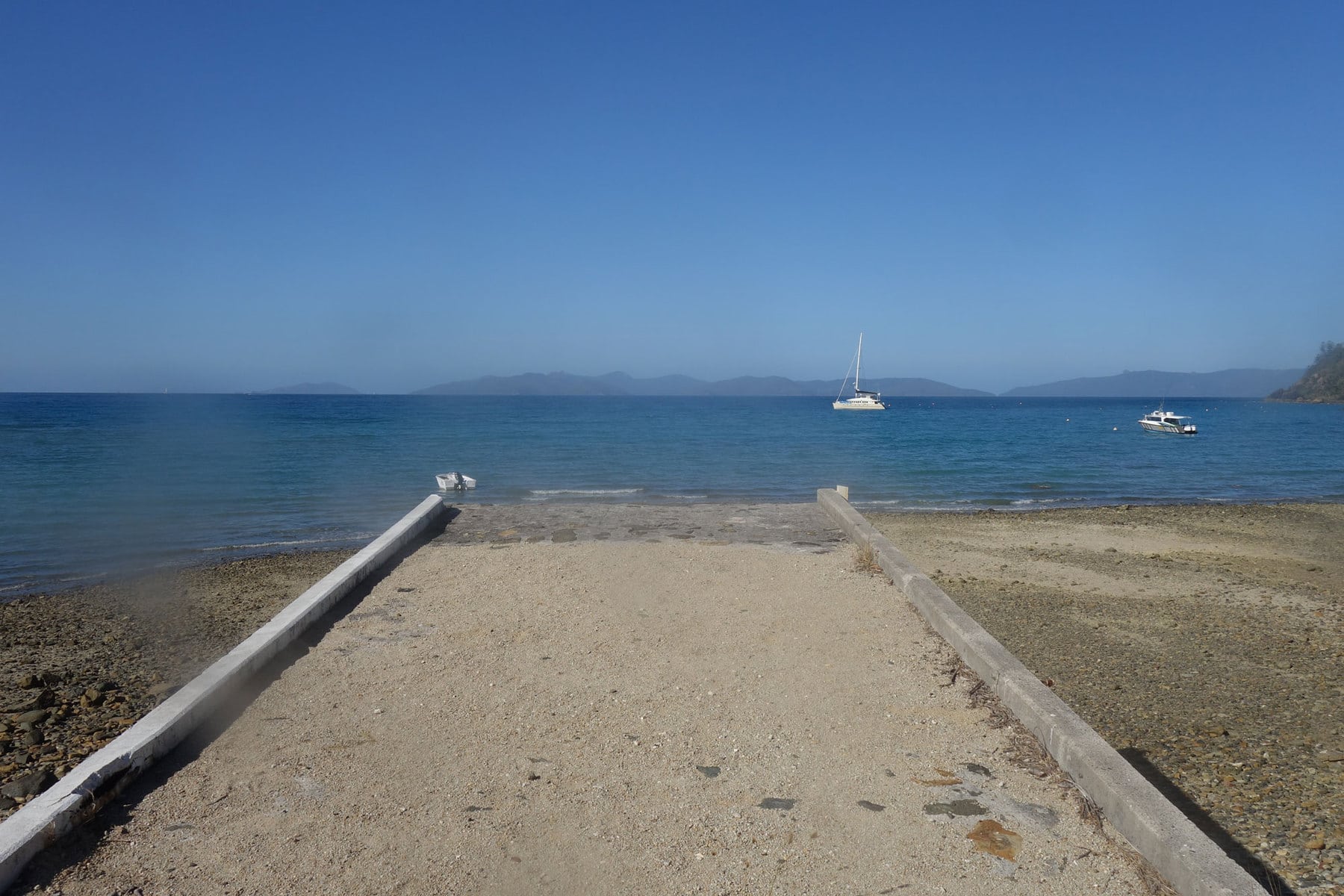 4 Elements consultants carried out a detailed marine plant assessment near South Molle Island in 2019. Our staff carried out field surveys for all aquatic flora on the site, mapping and recommendations of mitigative measures to protect plant communities on the site.

Get in touch today to discuss environmental consulting services for your next project. 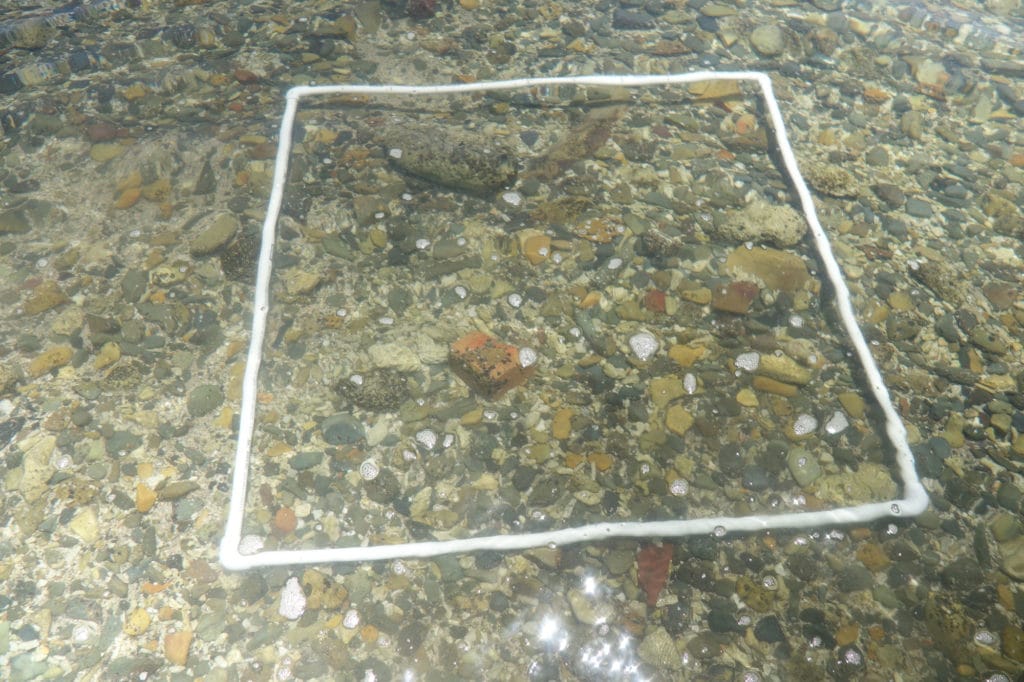 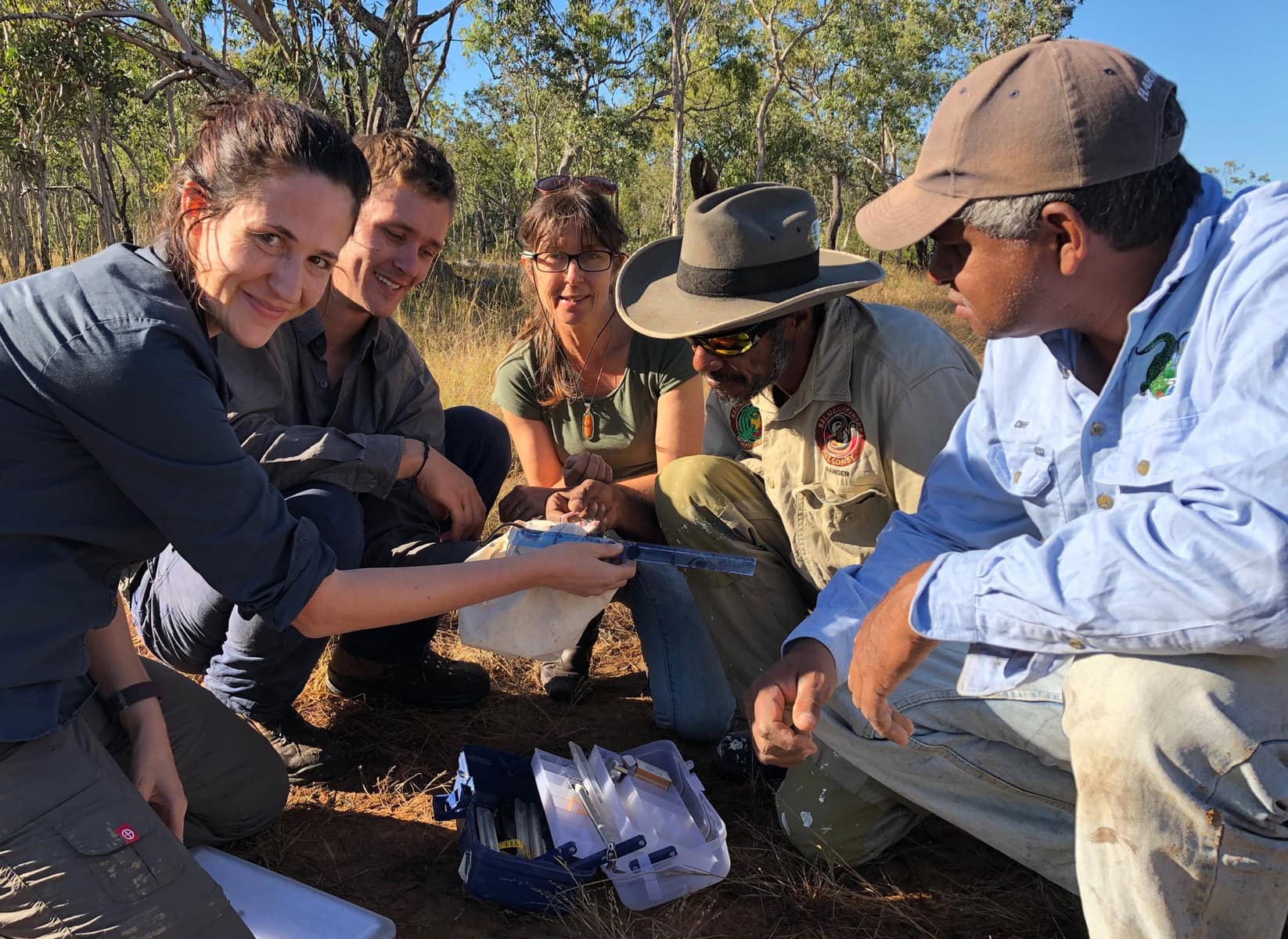 4 Elements consulting ecologists worked alongside the Normanby Rangers on Balnggarrawarra country to carry out the first systematic fauna survey of Normanby Station. These records provide a baseline for the rangers to look at change to country with improved land management practices for conservation. 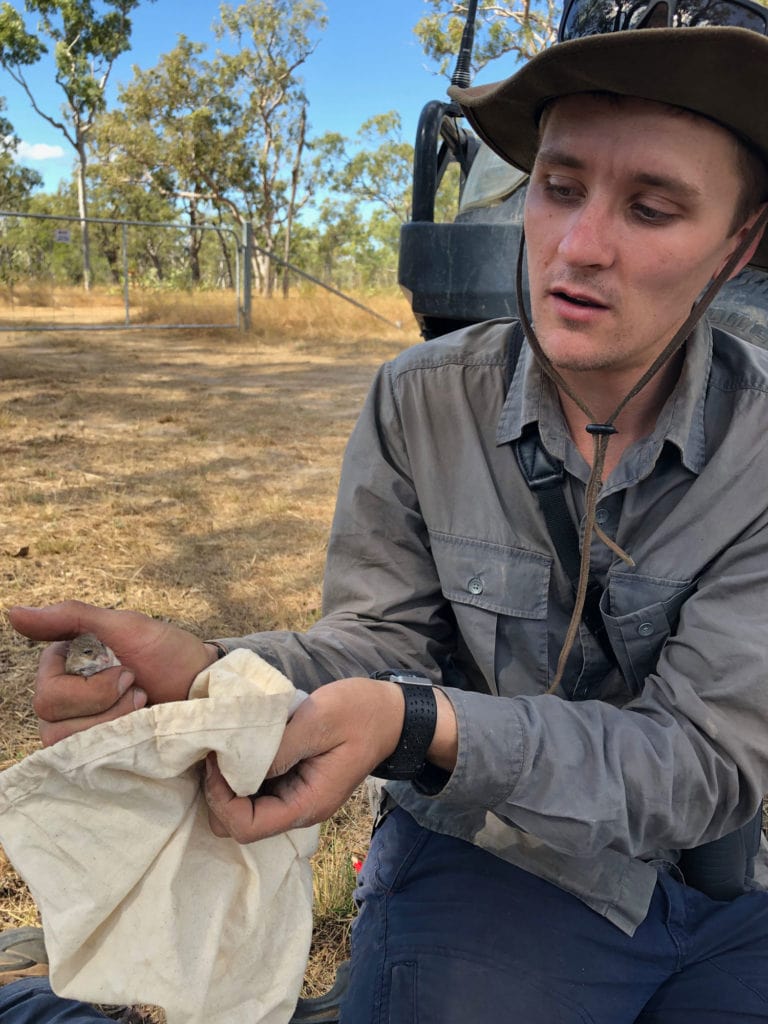 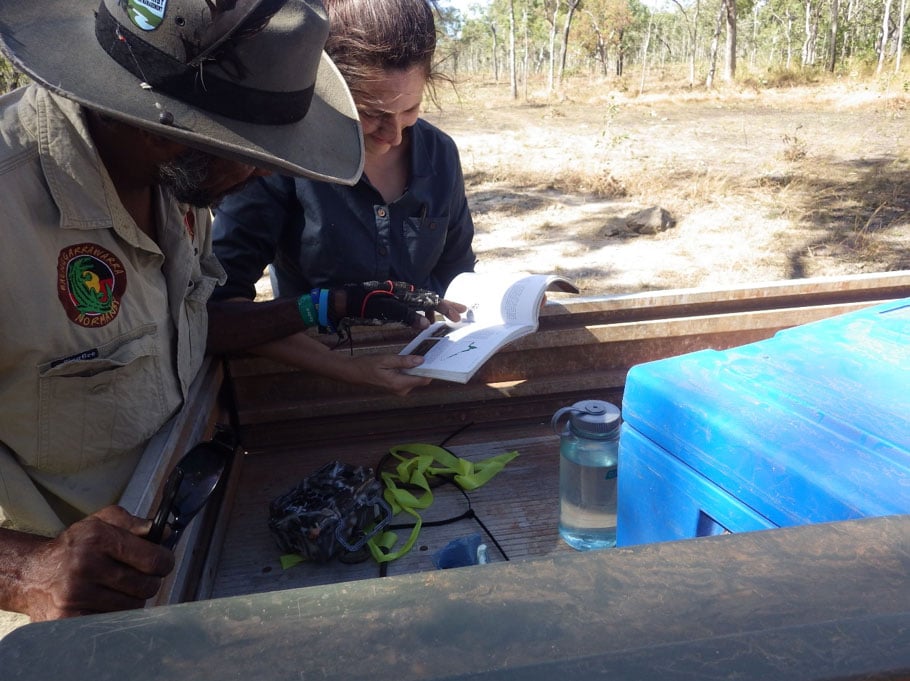 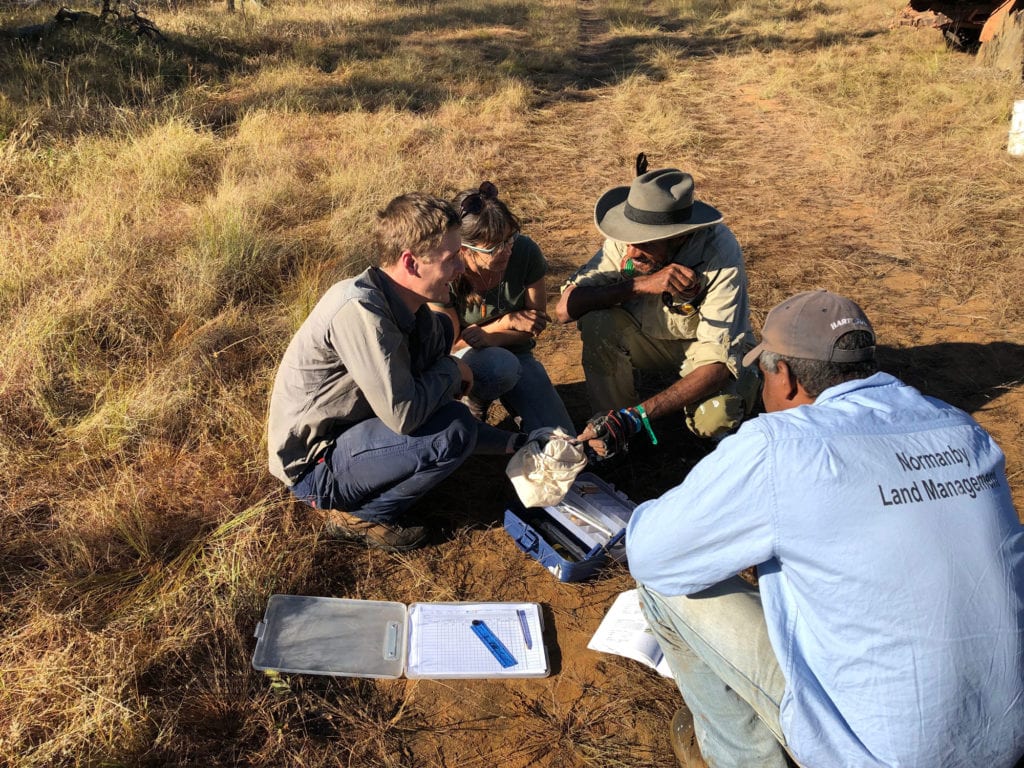 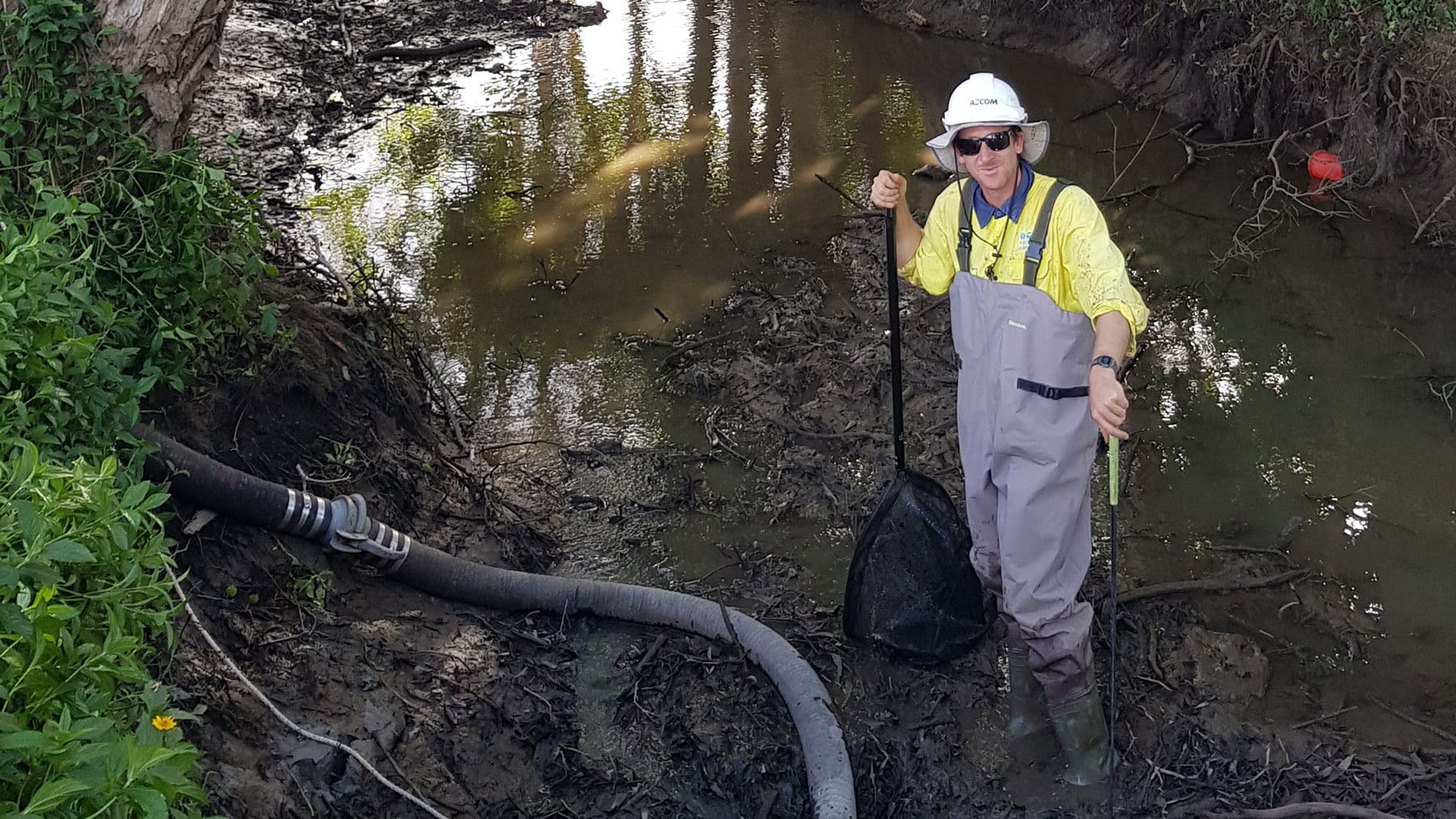 If you need fauna spotter catcher services for your next project, contact us by clicking the button below. 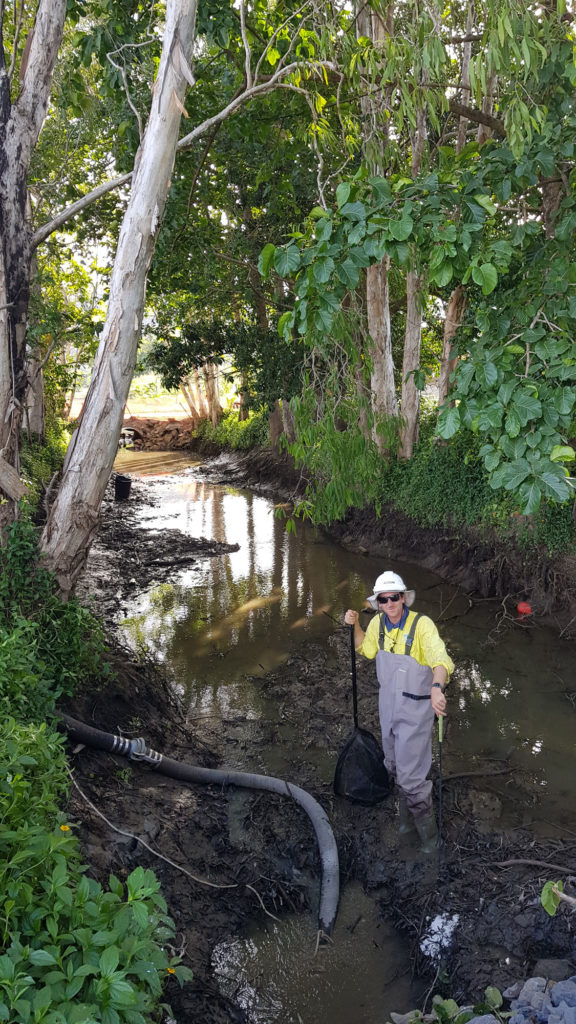 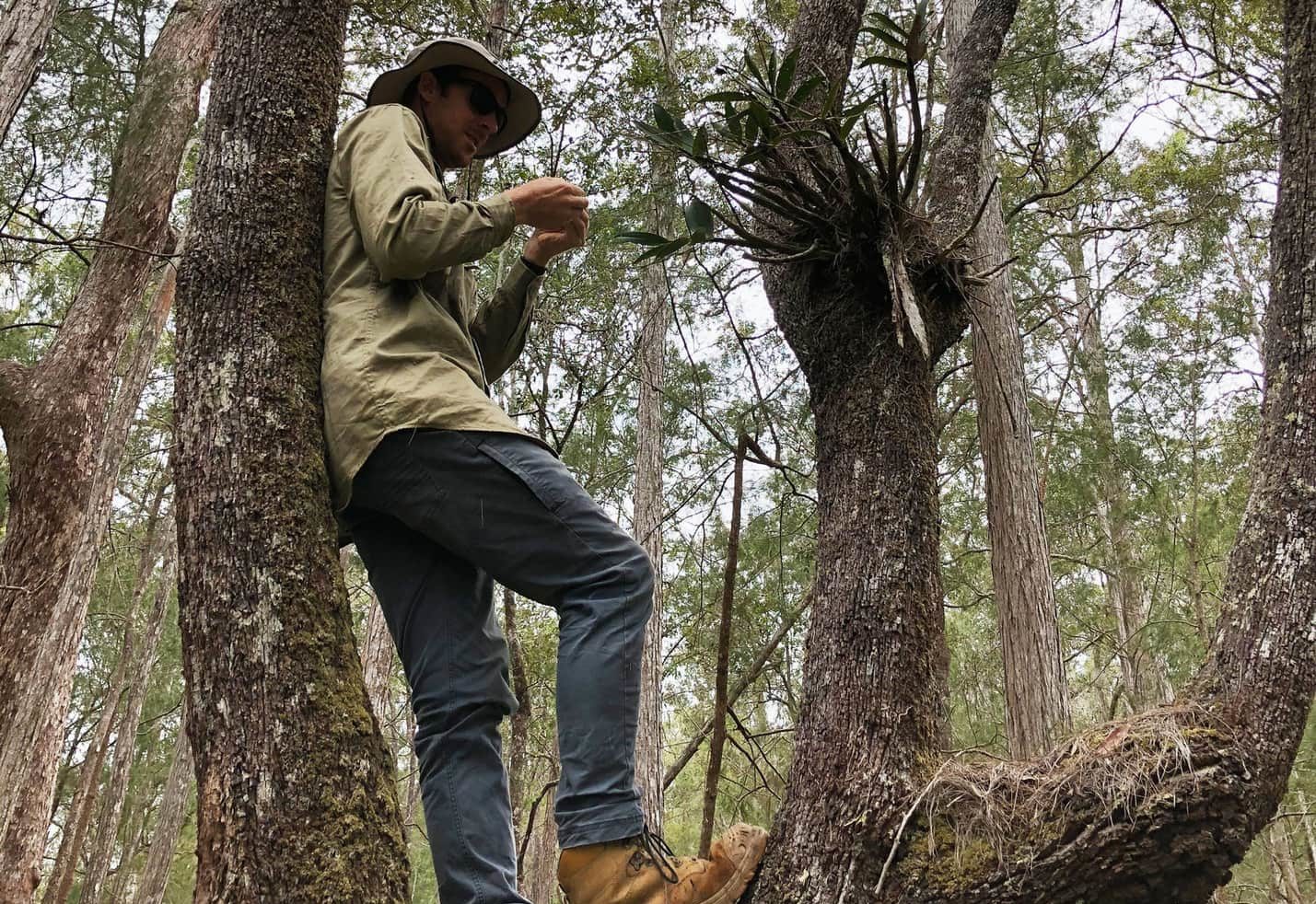 4 Elements botanists carried out a protected plant survey in Ravenshoe, Queensland in early 2020 on a proposed development site. The study identified key listed flora species on the site, providing recommendations to the client in terms of progressing their project to protect listed species. Our botanists frequently carry out threatened flora surveys for a range of clients in Queensland to assess areas in accordance with Protected Flora Survey Trigger mapping.

Get in touch with our team today to discuss your project and how we can help you achieve successful outcomes.

Get In Touch
Love0 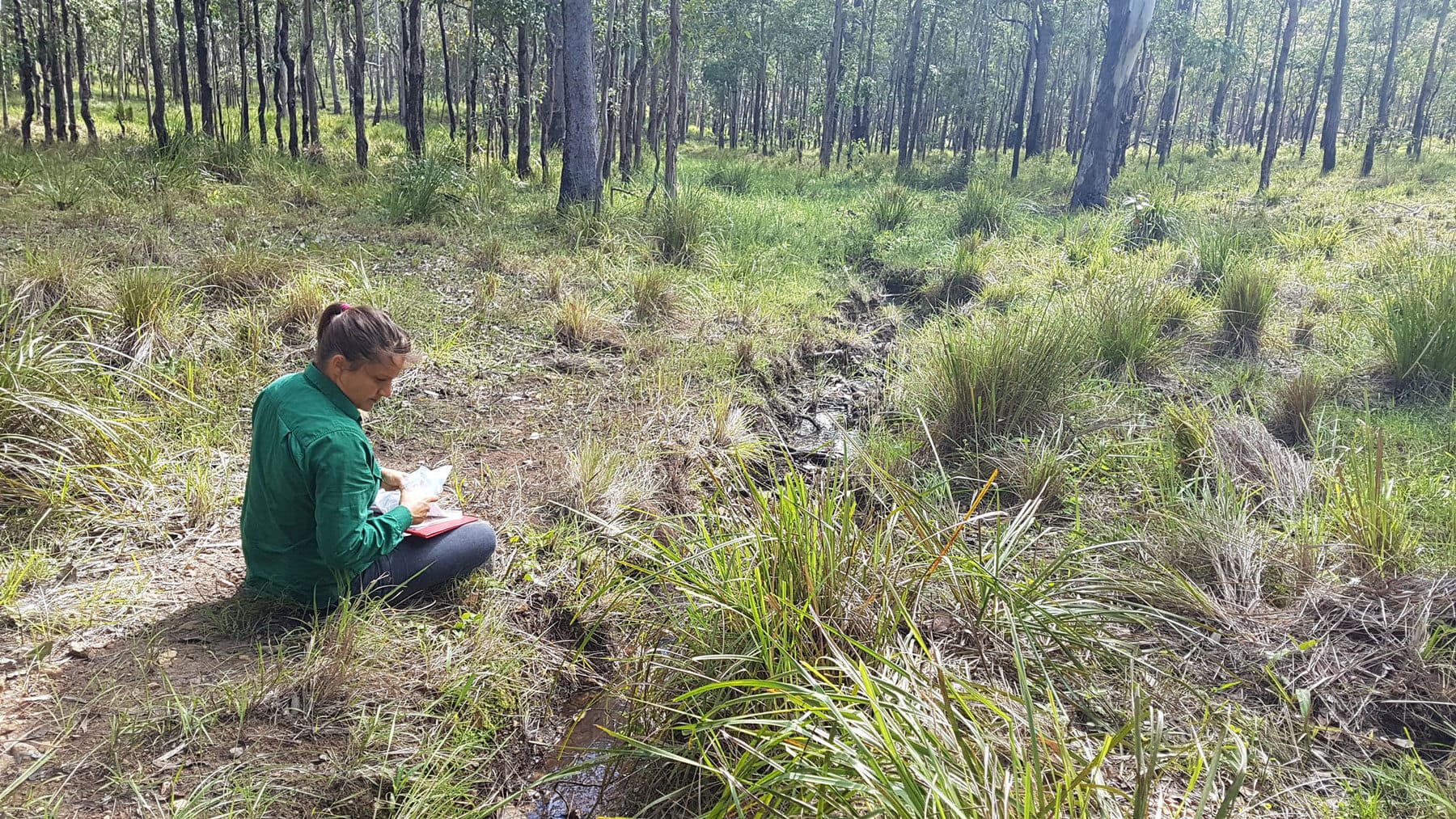 4 Elements Consulting carried out research on two threatened species on the proposed High Roads Wind Farm site. The first was a bioacoustics study of Magnificent broodfrog using BARs to improve the detection of this species across the site. The BARs performed significantly better than foot surveys, enabling recommendations on mitigation to avoid all confirmed populations during development to protect the species. The second study involved an intensive radio-tracking study of Greater Glider populations to determine their ranging patterns and resource use on the site. Improved understanding of their habitat use enabled the preparation of mitigative recommendations which avoided key resources to the populations. 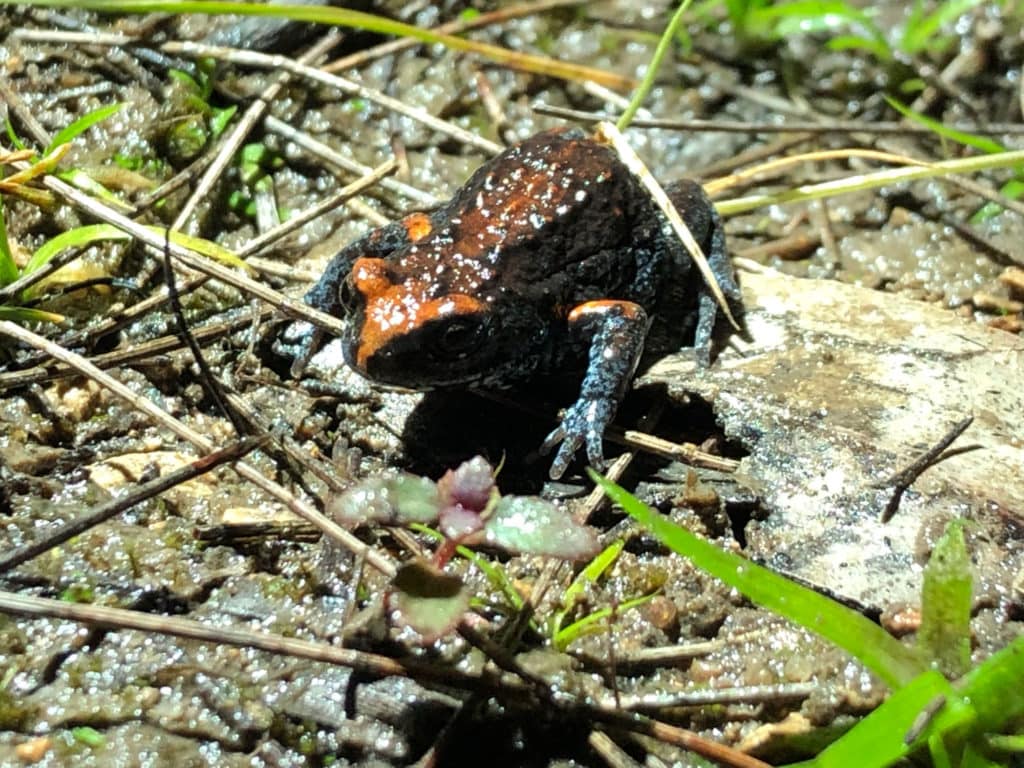 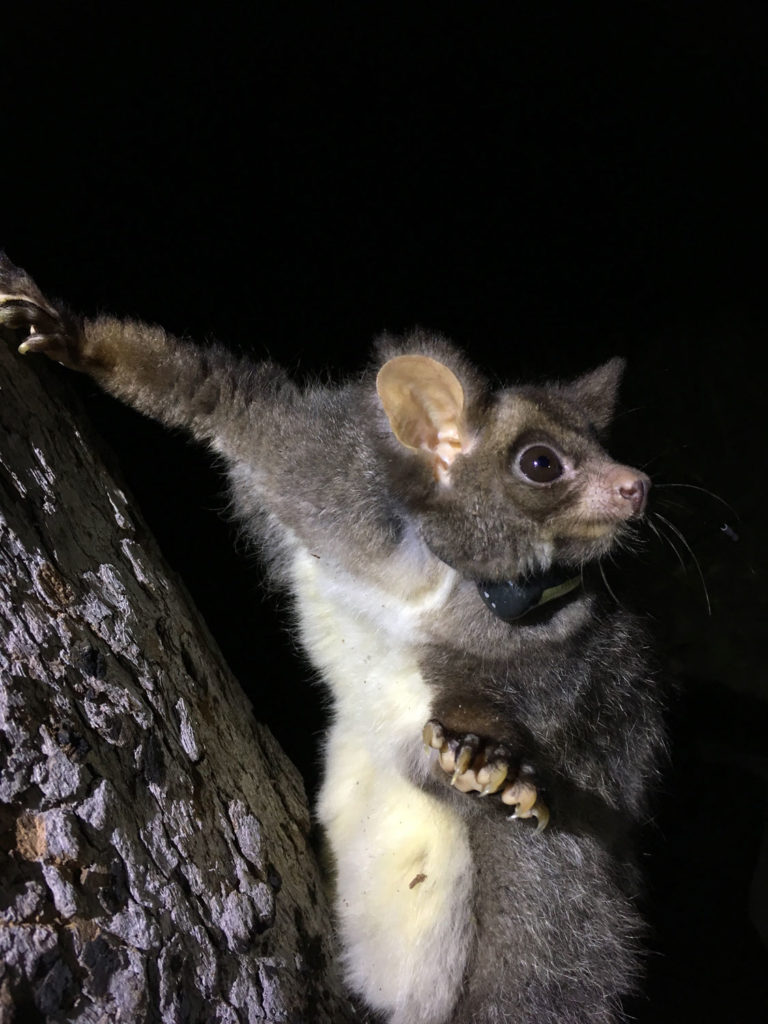 If you would like to discuss threatened species surveys for your project, contact us by clicking the button below. 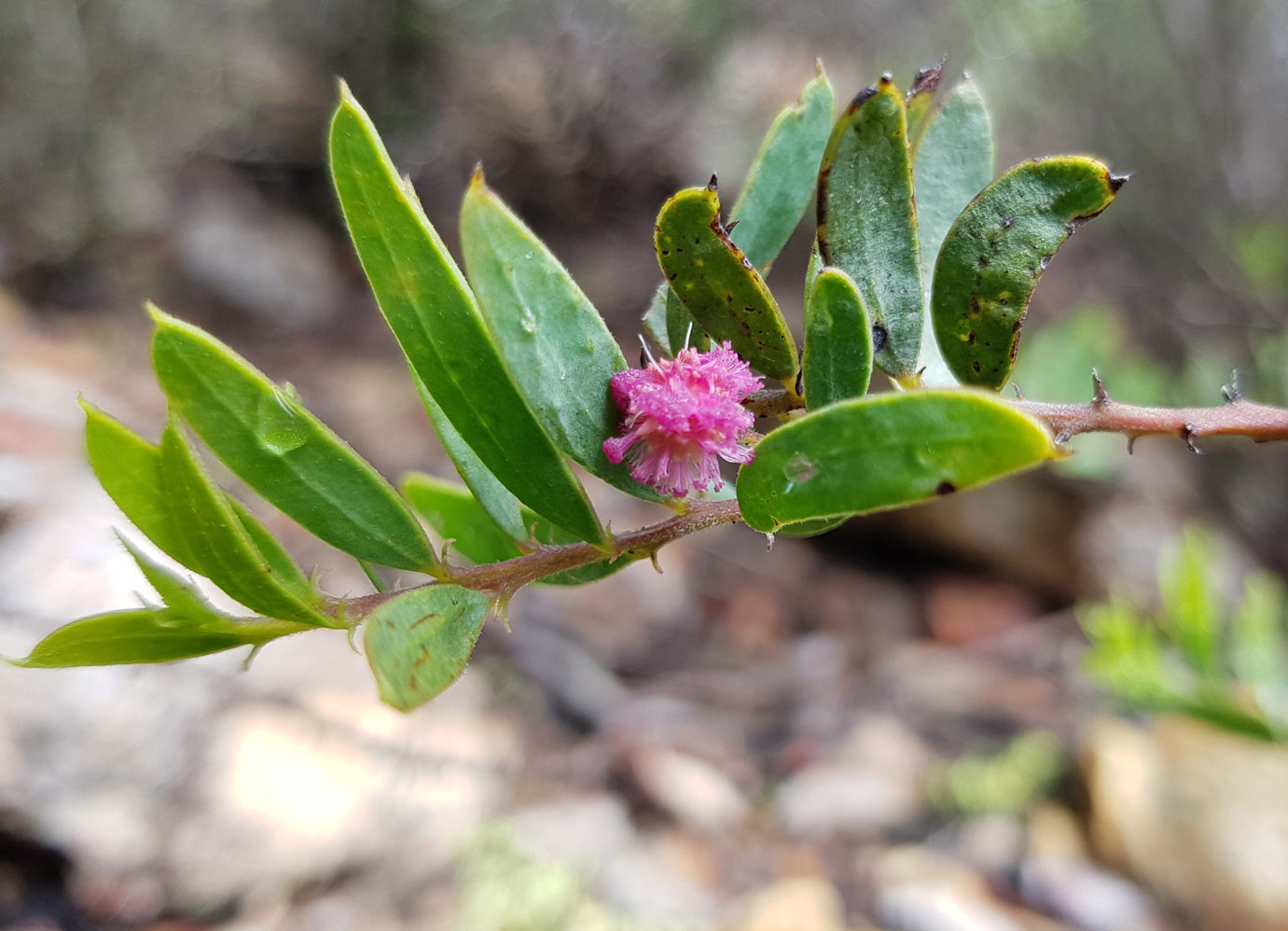 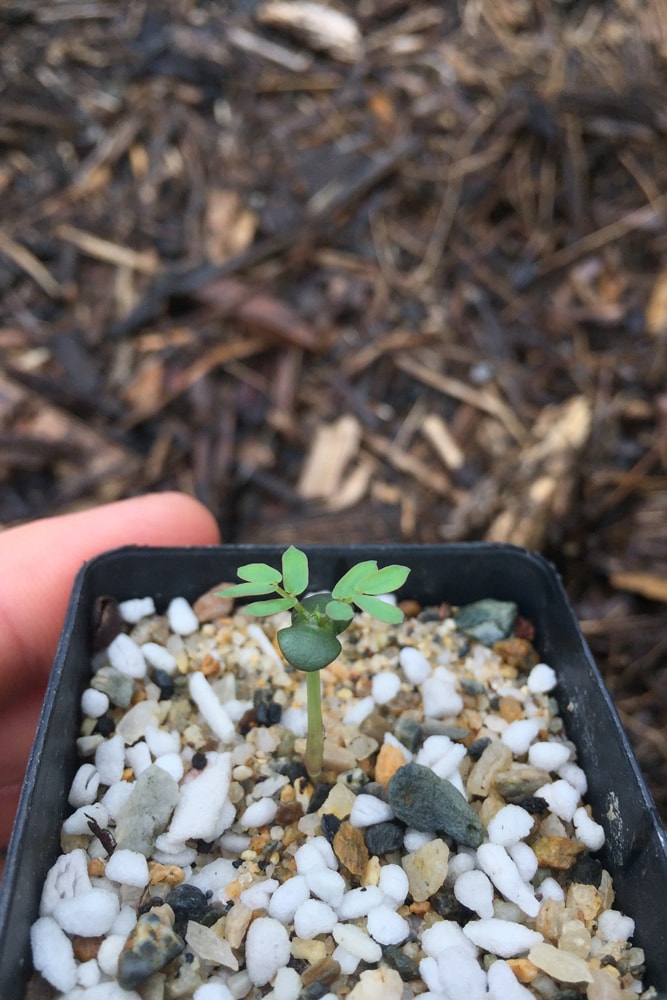 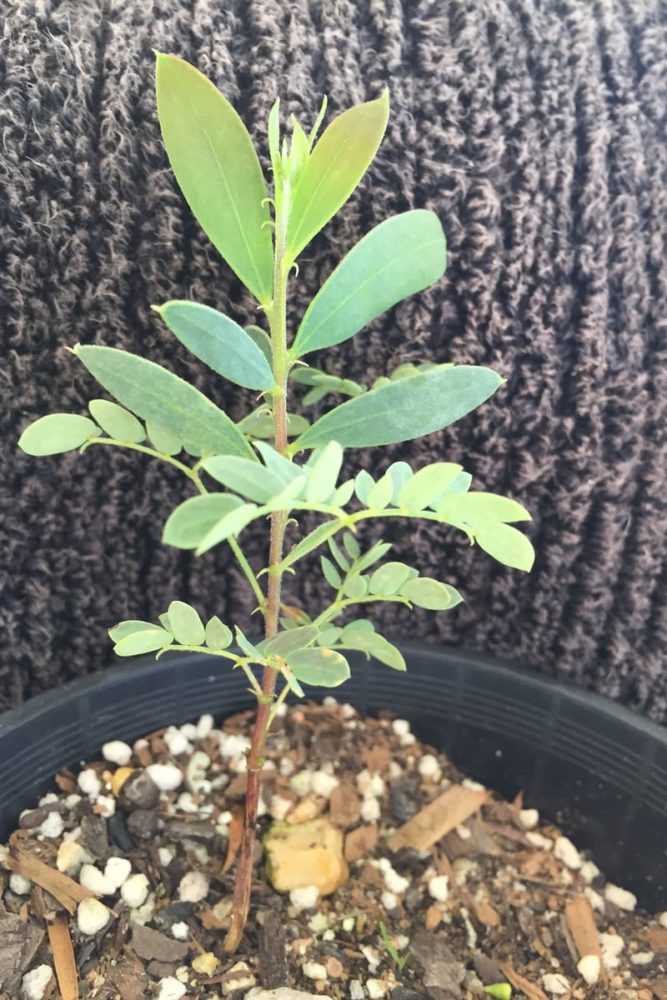 This species is particularly unique in being the only Australian wattle to have purple flowers. It is a prostrate shrub to 0.5m height restricted to rocky slopes and rock outcrops often associated with a sparse ground layer of Cleistochloa subjuncea. This species is restricted to the Herberton and Irvinebank region in North East Queensland.

The successful propagation of this critically endangered species, with planned efforts to establish additional populations, will address key priority actions identified by the Department of Environment and Energy for recovery of this species. Continued results in the program will be updated as they occur.

Need help with your project? 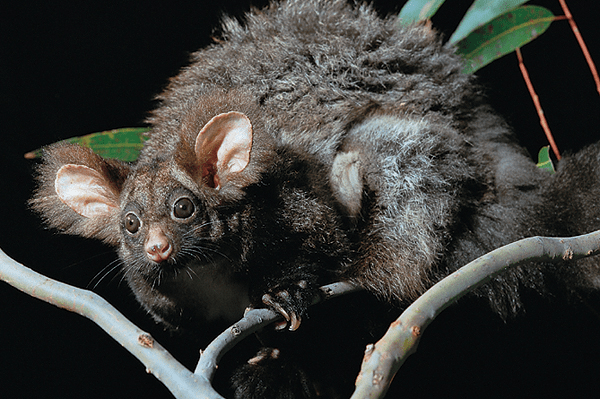 The greater glider Petauroides Volans is the largest of Australia’s gliding possums, living in a variety of eucalyptus forests primarily along the east coast of Australia from Mossman, Queensland down to Daylesford in Victoria. Striking in appearance, the greater glider at first glance looks like a mis-match of features. Long, hair covered ears, a short snout, a gliding membrane, finished off with a rather long fluffy tail- it would be hard to confuse this species with any other on encountering it in the wild. This gliding mammal is often referred to as the worlds ‘most clumsy possum’, honoured for its awkward gait when on the ground. Their poor mobility once on the ground makes them extremely vulnerable to predators, such as owls, dogs and cats. Greater gliders, much like koalas lead a relatively sedentary life, due to a diet of eucalyptus buds, leaves, mistletoe and flowers.

Part of the ringtail possum family, this glider is the only species which does not have a prehensile tail, and its gliding membrane attaches from the animal’s ankles to elbows. Able to glide up to 100m in a single glide, the species has an important network of trees within its home range. In areas where studied, Males and females have reasonably small home ranges, which overlap that are known to be between 1 and 11.5 ha, this usually includes approximately 20 trees which is relies on for feeding and hollows for denning. Females have single young born in May to June, and they are believed to live to approximately 15 years. This species is currently listed as Vulnerable on the IUCN red list of endangered species and recently upgraded on the Environment Protection and Biodiversity Conservation Act 1999.

Recent Fauna Surveys conducted near Ravenshoe by our environmental consultants

4Elements Consulting are undertaking a number of surveys to improve our understanding of where populations of this species occur, and their current densities near Ravenshoe in North Queensland. This was carried out by six experienced field staff, who walked in pairs at night with headlamps looking for the white eye shine of greater gliders and other nocturnal animals. Surveys were carried out on foot across 5.8 km, where 27 animals were recently recorded. These surveyed were funded by Ratch- Australia Corporation. This information will contribute to knowledge of its distribution and ecology in North Queensland, and elements of its habitat which are important for its conservation. Following surveys, the team are now planning to radio-track the population, which will provide further insight into key tree species within their range for feeding and denning which require protection, and to establish their local home ranges. The data will contribute to future management plans for protecting these populations, particularly around development works within the site in the future. 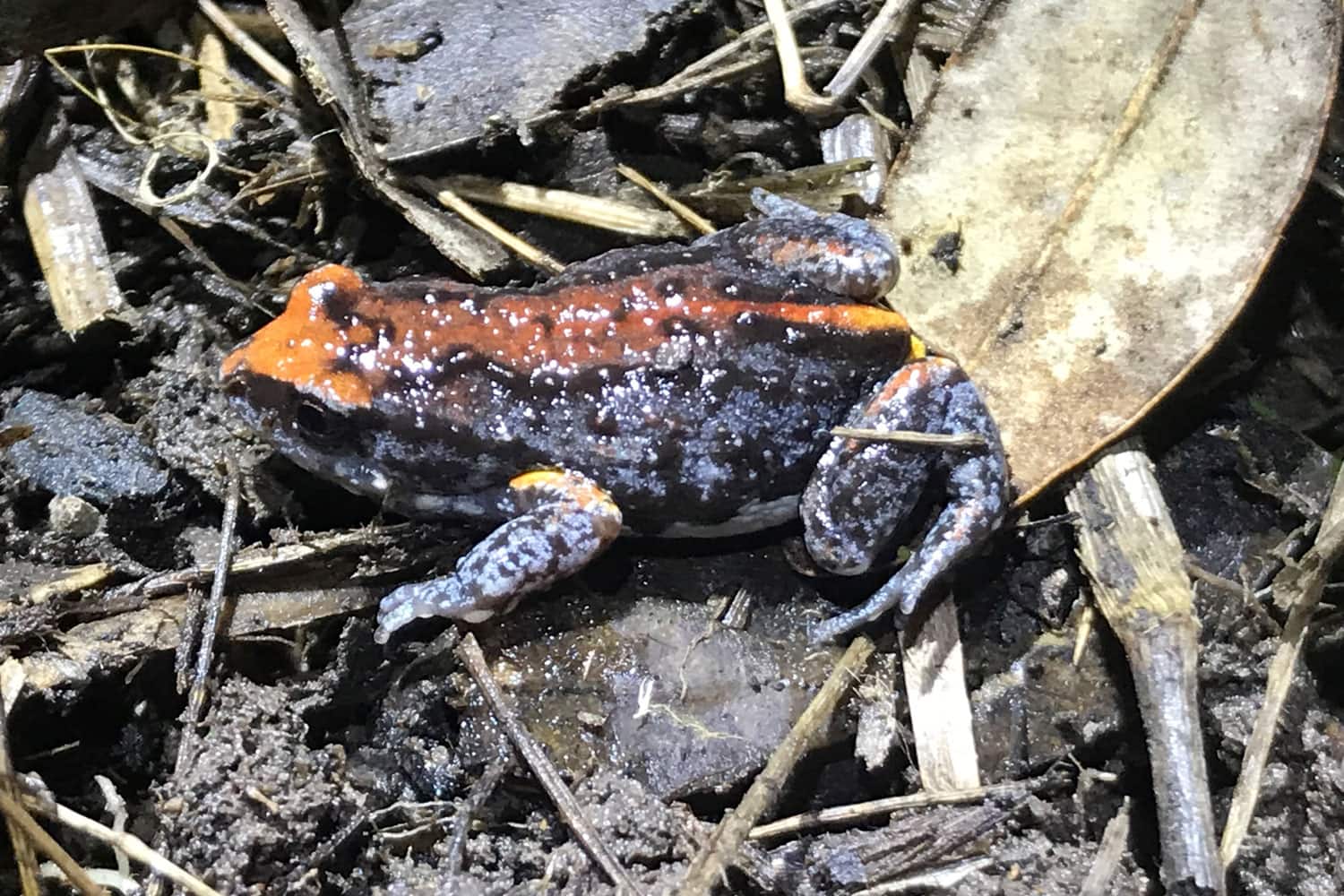 Fauna Surveys of the Magnificent Broodfrog in the Cairns region

The magnificent broodfrog (Pseudophryne covacevichae) is a small frog (up to 28 mm in length), which exhibits magnificent colouration – bright yellow patches on its upper forearm, and back and marbling of black and white on its stomach. Even as small tadpoles undertaking the process of metamorphosing into frogs, these distinctive yellow markings may be seen. Despite its striking markings, the species was only described by scientists as a separate species at the museum in 1994, and very little is known of its behaviour, distribution, and ecology. The magnificent broodfrog inhabits seepage areas along small streams in open eucalypt woodlands and is known from only a few populations above 800m altitude near the townships of Ravenshoe, and Herberton in North Queensland. Recently, a small population was also discovered on the Paluma range, extending its distribution 150 km.

During the wet season, frogs use grassy tussocks and leaf litter in these seepage areas to call for a mate and lay their eggs. The short ‘ark’ of the males may be heard on warm, wet nights from October to March. Females lay eggs in leaf litter or into nests made by the males, and males often tend to the eggs during this part of their life cycle. Clutches of these eggs may contain between 6 and 82 small eggs. Larvae complete the next stage of their growth in the water and need to make their way into water to complete the tadpole stage. Scientists have no information on the diet of the magnificent broodfrog, however, it is likely to consume small ground-dwelling insects.

The broodfrog is listed as Endangered on the IUCN red list of endangered species and vulnerable nationally on the Environment Protection and Biodiversity Conservation Act 1999.

Environmental Consultants at 4Elements Consulting have been engaged to assist with the development of the High Road wind farm near Ravenshoe in North Queensland and are undertaking a number of surveys to improve our understanding of where populations of this species occur. 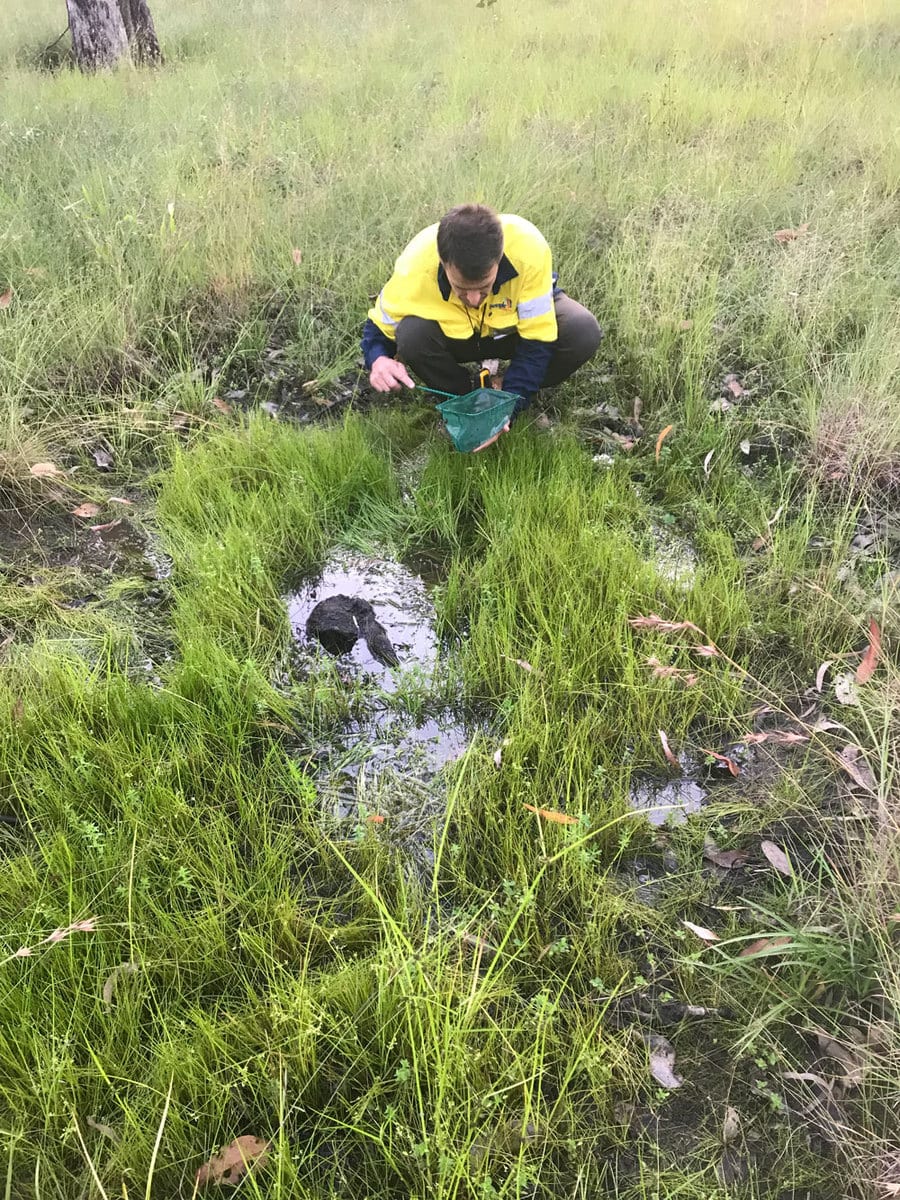 This is done by identifying potential areas the frog may be found in eucalypt woodlands and walking through these areas in the evening playing a recording of their call, this method is called ‘call playback’. Often with calling species (also known as ‘sonorific’ species) when they hear the call often animals will ‘reply’, enabling us to identify their location. This information will contribute to knowledge of its ecology, and elements of its habitat which are important for its conservation. The data will contribute to future management plans for protecting these populations, particularly around development works within the site in the future.

The Mount Emerald Wind Farm Project is due for completion in December of this year and 4 Elements Consulting has contributed to the best practice environmental management of the difficult project through our Biodiversity Program on the site. Watch our video for some highlights of this amazing story.

Check out our introduction video that highlights our services at 4 Elements Consulting.