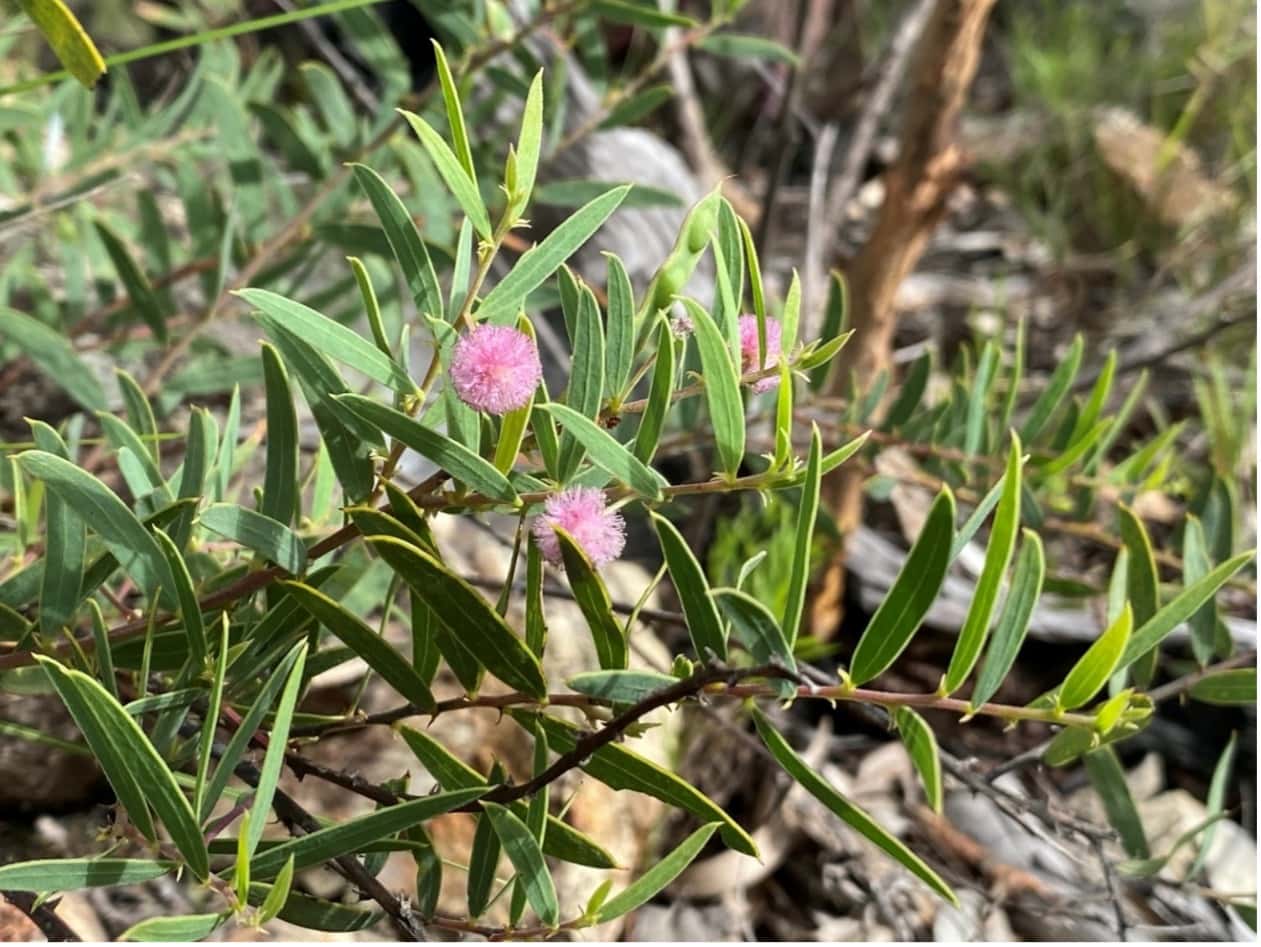 To offset any impacts to threatened flora as a result of construction of the Mt Emerald Wind Farm, an adjacent property was purchased and established as a nature refuge in 2018. A total of 11 threatened plant species were detected on this property, including all 8 threatened species which are found at Mt Emerald Wind Farm. To monitor vegetation at this site, 4 Elements conducted bio-condition surveys at various locations on the property. A species list was created at each survey site, and detailed habitat assessments were conducted using a series of quadrats and transects. Bio-condition sites were selected to include threatened species populations so that they could be monitored during the survey period. 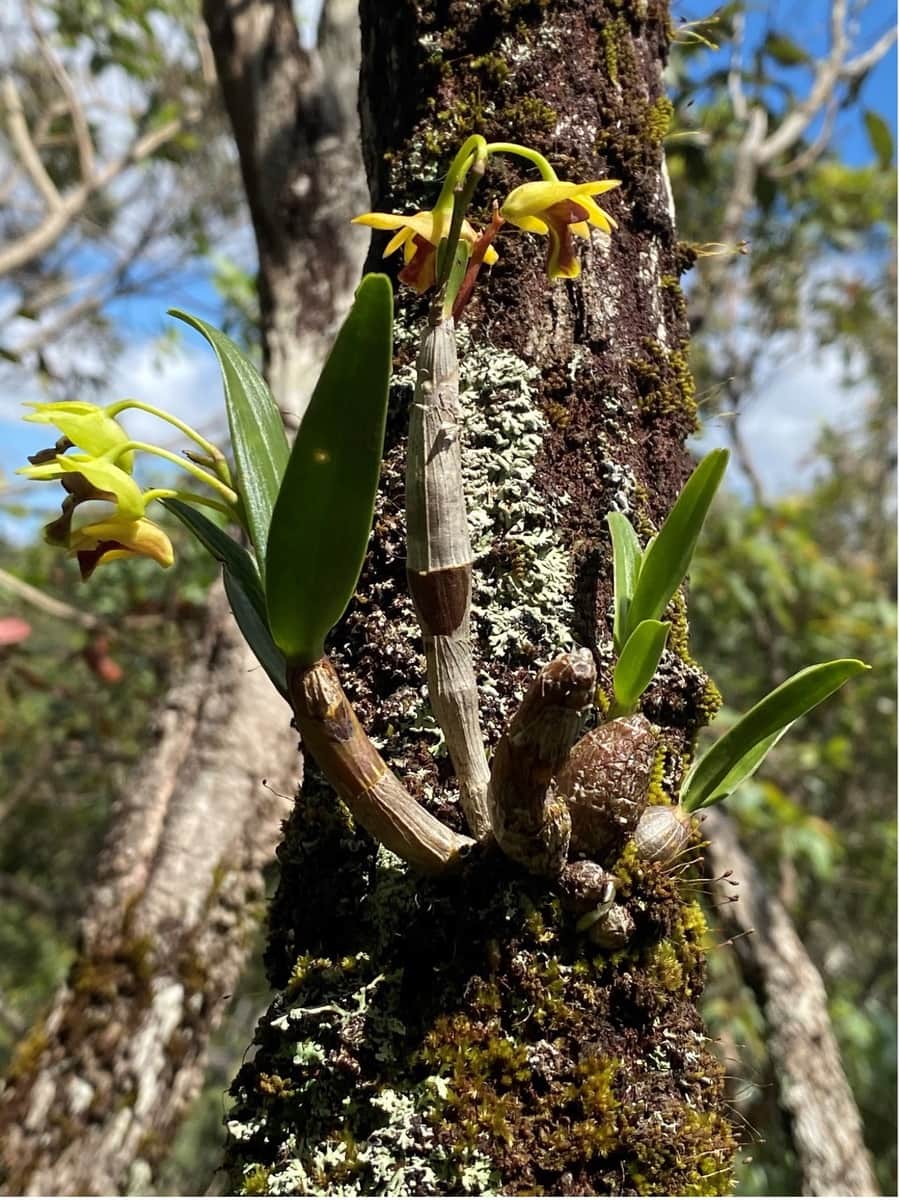 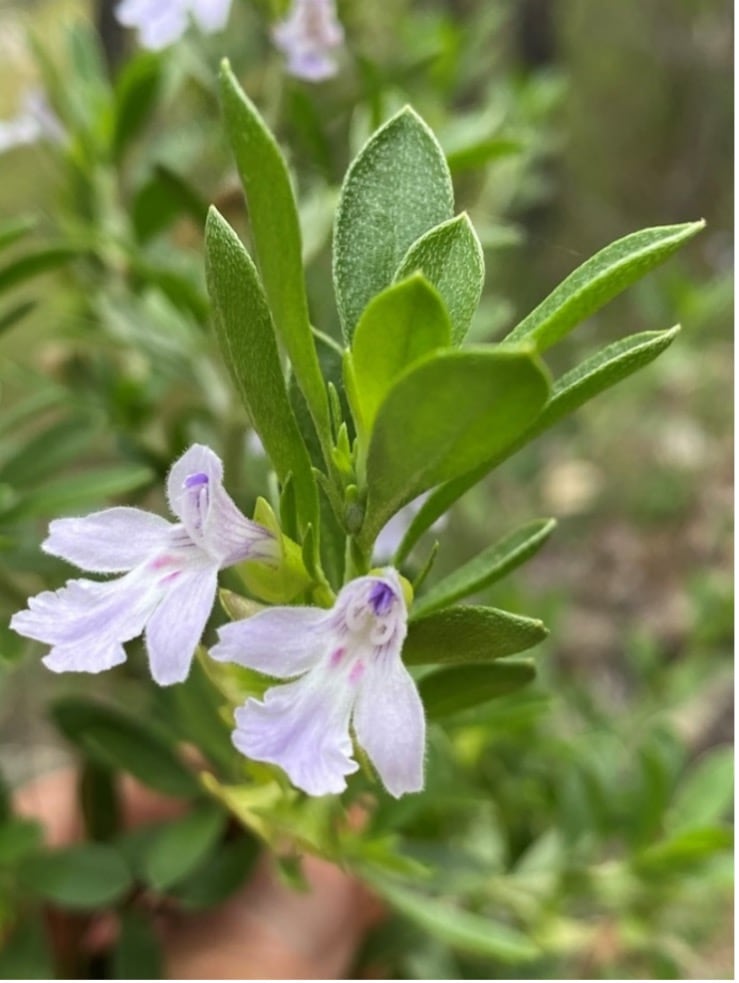 Completion of these bio-condition surveys allowed us to opportunistically search for new threatened species populations as we moved between sites. As a result, 4 Elements discovered three new populations of the critically endangered purple acacia (Acacia purpureopetala), one new population of the vulnerable epiphytic orchid Dendrocium fellowsii, and three populations of endangered Prostanthera clotteniana. We also found a new population of Ford’s stink bush (Zieria fordii), which was previously known from only three tiny populations, all of which occur either within the offset, or on the property directly east of the offset. This discovery of a fourth population was a significant range extension for this highly range-restricted species. 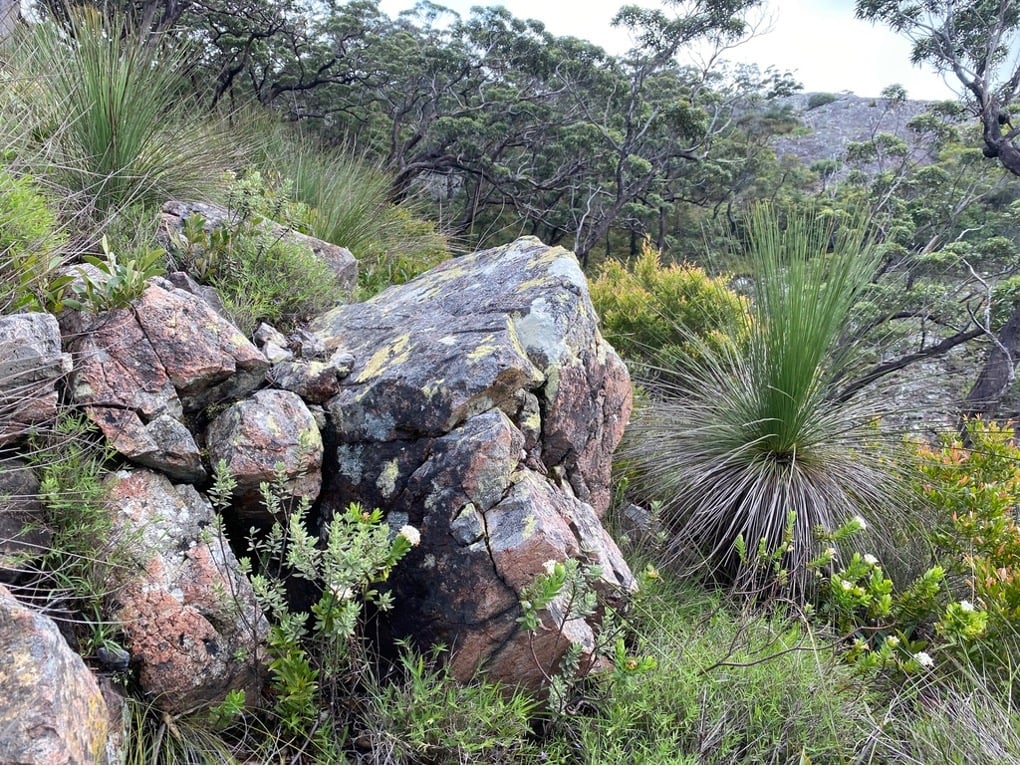 For environmental consulting services for your next project, contact us today.